Love Formula is a card drafting game for 2 to 4 players in which you attempt to set up couples you support on their perfect date, while sabotaging the efforts of your opponents to do the same!

These are the original rules. The Kickstarter campaign includes all new art, some new cards, and rules tweaks. These rules will give you a good understanding of the game mechanics and work with the print-and-play cards, but check out the Kickstarter campaign from June 27th to July 20th, 2017 for all the latest!

The objective of the game is to have the most victory points when the game ends. 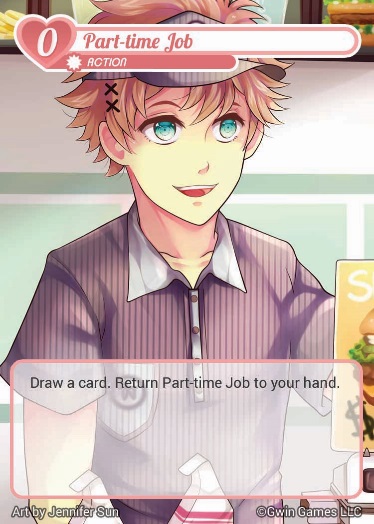 To start the draft phase, deal each player 12 cards from the deck. These cards make up players’ starting hands during the draft phase. Players may look at the cards dealt to them, but should not show them to other players. Then, players repeat the following steps until all cards in all players’ hands have been selected:

During the draft phase, players may look at their own cards that they have selected and placed face down in front of them at any time.

Whenever a card is discarded during the play phase, place it face up in a pile next to the deck. This pile is called the discard pile. Any player may look through the discard pile at any time, but its order may not be changed. Once each player’s hand is set, the following steps are repeated 10 times:

During the play phase, players may also choose to discard any couple or preparation cards in their own field at any time.

When the play phase is over, any unused cards in players’ hands are discarded. 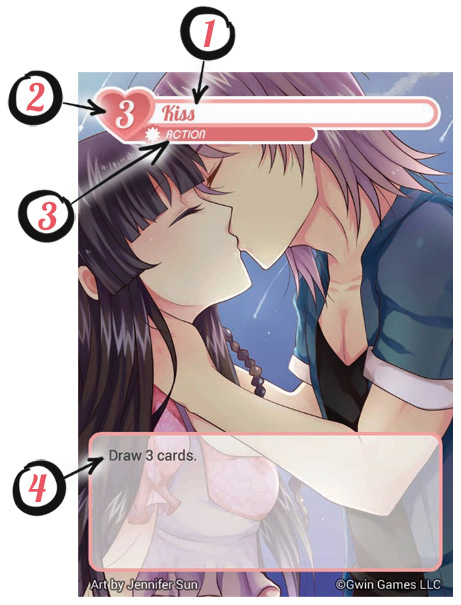 When an action card resolves, simply perform the effect stated on the card. After the effect has occurred, the card is discarded. 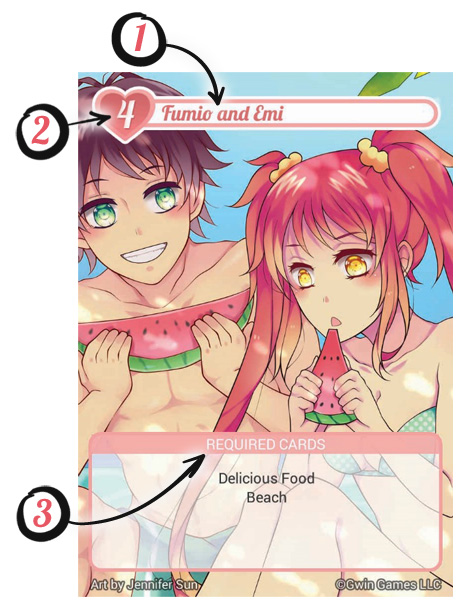 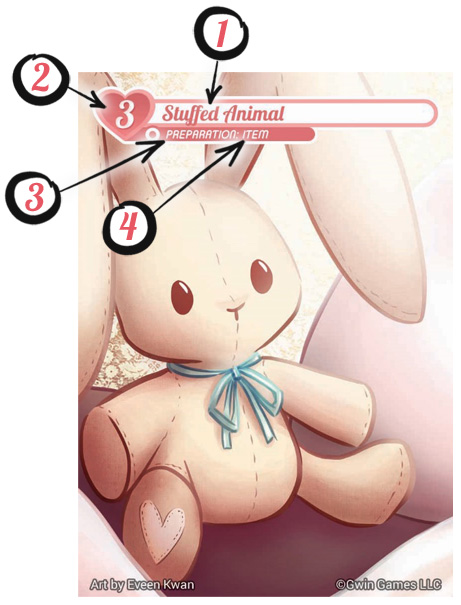 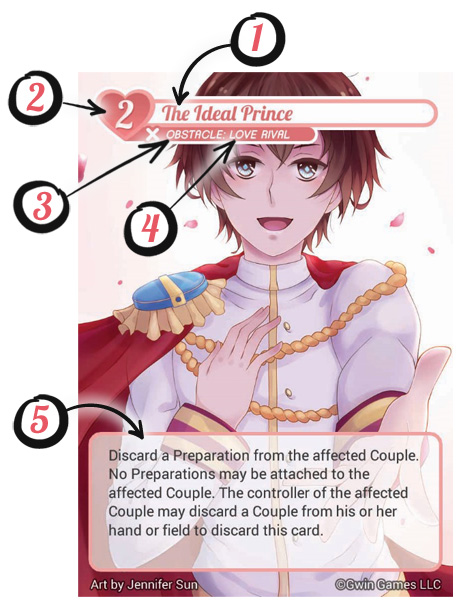 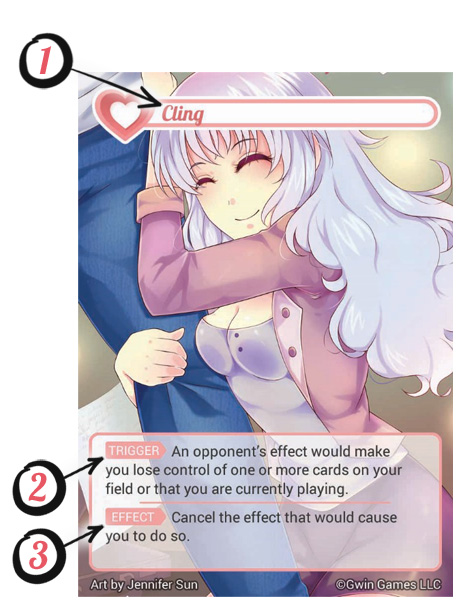 Reaction cards aren’t played normally. Instead, they can be played immediately whenever their trigger criteria is met. When a reaction card is played, its stated effect takes place, and then the card is discarded.

Once both the draft and play phases have been played twice, as stated previously, the game is over, and the player with the most victory points is the winner. Each of the following in a player’s field grants them victory points:

If there is a tie, use the following tiebreakers in top down order to decide the winner.

If there is still a tie, then the game is a draw.